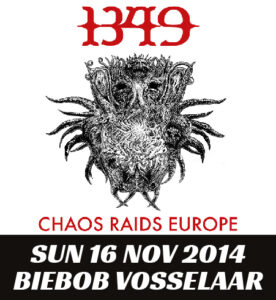 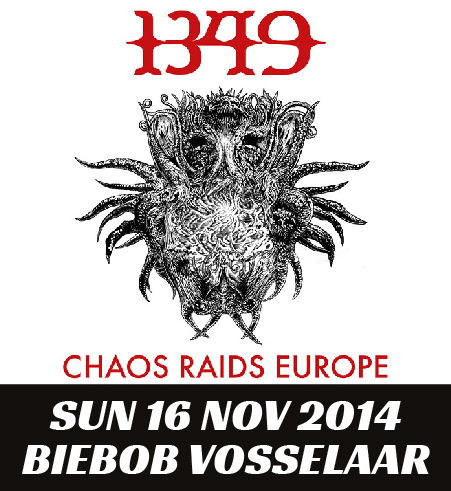 Norwegian Black Metal band 1349 are gearing up for the Chaos Raids Europe tour, their first real European tour since 2005. 1349 was formed in Oslo in 1997 and the band’s name comes from the year the Black Death reached Norway. The band has just released their 6th studio album “Massive Cauldron of Chaos”, which is receiving rave reviews.

The Chaos Raids Europe tour will stop at Biebob Concerts on November 16. Make sure you don’t miss this!