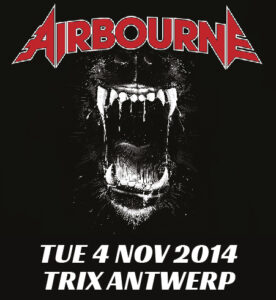 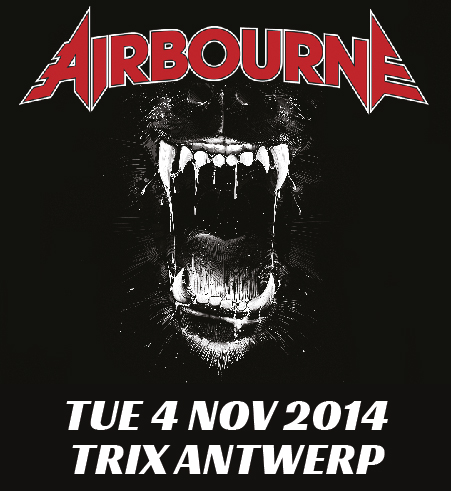 Australian rock band Airbourne formed in 2003 and released their first album “Runnin’ Wild” three years later. Not only was it one of the most talked-about and best reviewed debuts in recent rock history, the band also won a Metal Hammer Golden Gods Award for Best Debut Album. In 2009 they went back to the studio to work on a follow-up album. “No Guts. No Glory.” was released a year later. Their most recent album, Black Dog Barking, came out in 2013. The album has been extremely successful around the world and the band started touring extensively overseas in support of the album.

Airbourne is heading back over to Europe this fall and have planned a stop at TRIX on November 4.