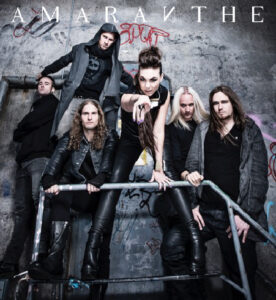 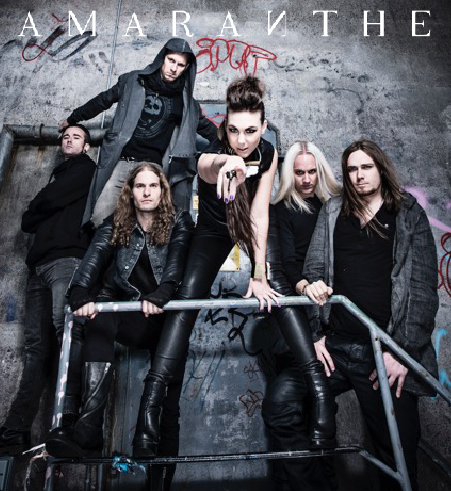 On October 28 Amaranthe is coming to Biebob Concerts  to present their brand new record “Maximalism”, which is filled with hyper modern and pristinely fresh tracks. After a summer filled with festivals the six-piece is ready to conquer stages all over Europe, including Biebob. Since their first record Amaranthe has toured relentlessly for the past five years and released two more records. And now it’s time for their fourth, “Maximalism”, which no doubt will be a banger!

Joining Aramanthe will be Sonic Syndicate and Smash Into Pieces. So get ready for a crushing show filled with metal!

MAXIMALISM. This is AMARANTHE’s manifesto to the world. With their new, hyper-modern and pristinely fresh new album, AMARANTHE will once again hit the stages all over Europe this fall. Fresh of the heels of a massively successful festival summer, the band has built an intense buzz of being a completely unstoppable steamroller machine of a live act. Completely forgoeing tired tropes of what a metal show should be, it is abundantly clear that this is a group of six people were born to dominate a stage. In their relatively short career AMARANTHE have toured non-stop for five years straight, so don’t let their youthful appearance deceive you; they are already seasoned veterans, with one of the most intense live schedules in the scene.

The MAXIMALISM WORLD TOUR will not relent on this momentous agenda; they will visit all corners of the earth to spread their ideology to the masses. With a completely new live show, an exciting set of songs filled to the brim with surprises and an interaction with their audience that will leave no soul untouched, they will take on Europe with massive force. Commencing in precise conjunction with the release of MAXIMALISM, this will be the very first opportunity to experience the fresh songs on stage. The mission is set; their idelogy is clear. Europe will march to the sound of MAXIMALISM.

Joining forces with AMARANTHE on the MAXIMALISM Europe tour will be main support  SONIC SYNDICATE, and openers SMASH INTO PIECES – both of them absolute masters of their craft, and very good friends of AMARANTHE. Both bands feature cutting edge modern metal, in their own unique ways; all three bands combined will deliver a show of pristine and relentlessly chrushing modern metal.