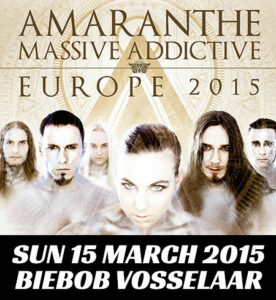 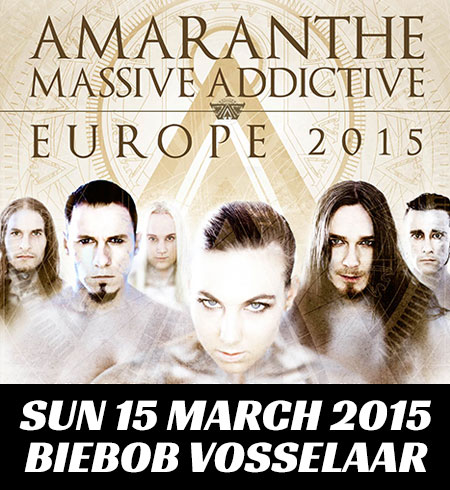 Swedish metal sextet Amaranthe was formed by Jake E. & Olof Mörck in 2008 under the name Avalanche. Soon after vocalists Elize Ryd & Andy Solveström and drummer Morten Løwe Sørensen joined the band. However, in 2009 they had to change their name to Amaranthe because of legal issues. That same year Johan Andreasssen was hired as their bassist.

They released their debut album “Amaranthe” in April 2011 and afterwards they went on tour through Europe with Kamelot and Evergrey. Two years later, their second album “The Nexus” followed. Unfortunately Solveström also left the band that year and was replaced by Henrik Englund.

With this renewed line-up, they worked on their third record “Massive Addictive”, which they released in October 2014. Now the band is going on tour in promotion of the new album and they will drop by Biebob Concerts on March 15.