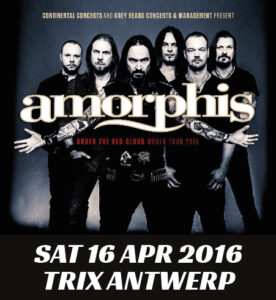 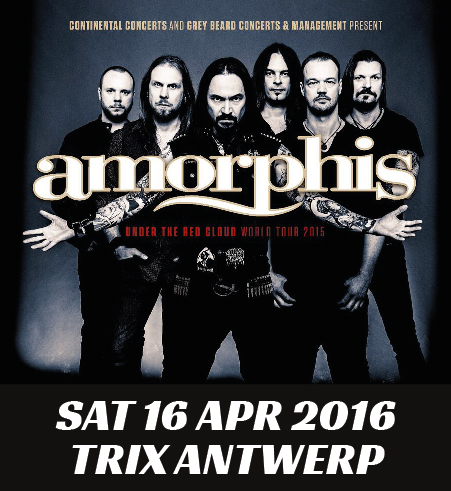 On April 16 the Fins from Amorphis are paying a visit to the Trix hall in Antwerp, to promote their 12th studio album Under The Red Cloud.

Since it’s inception in 1990 the sound of Amorphis has evolved from Death and Doom metal to a more heavy metal and progressive sound. One of the main sources of inspiration for the band is The Kalevala, the Epic Poem of Finland, which can be heard throughout all their recods.

After a killer set on Graspop Metal Meeting and a tour supporting Nightwish, the band will now headline a set at Trix, which will undoubtly feature Amorphis classics as well as material from their latest record.

POEM will join Amorphis’ Under The Red Cloud World Tour!

POEM is a progressive rock/metal group based in Athens, Greece, who sounds like a mix between Opeth, Karnivool, Tool and Leprous. POEM are releasing their new album “Skein Syndrome” on March 18th and the official video was released earlier this week: https://www.youtube.com/watch?v=Sb5Rj6b4rTg