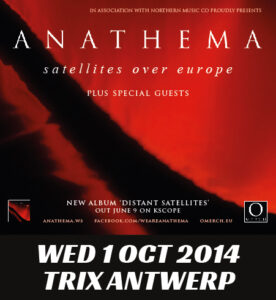 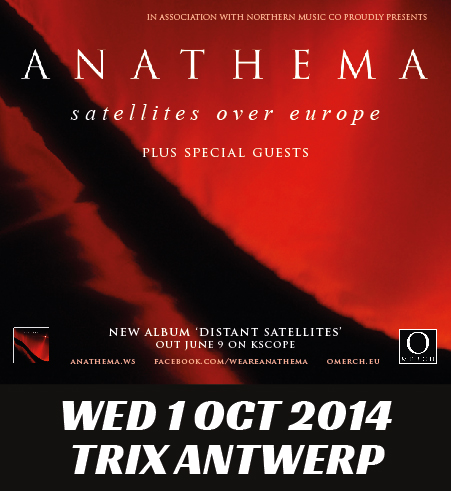 Anno 1990 Anathema was formed as Pagan Angel and was named as one of the pioneers in Doom Metal. The band recorded their first demo “An Illiad of Woes” in that exact same year and switched to the name Anathema a year later. Thanks to their second demo “All Faith Is Lost” they landed a record deal with Peaceville Records.

In 1992 and 1993 the EP “The Crestfallen” and the full-length album “Serenades” followed. After a tour through Europe the band went back to the studio to record “Pentecost III”. However, due to the departure of vocalist Darren White the release was postponed and guitarist Vincent Cavanagh filled his shoes.

Anno 2014 another nine albums followed, with Distant Satellites as their latest installment. Following the release of this brand new album, Anathema will head out on an extensive European tour! Catch the band at TRIX on October 1.