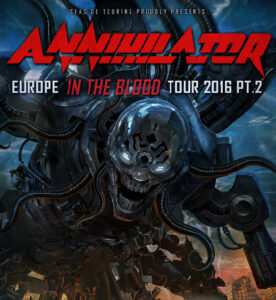 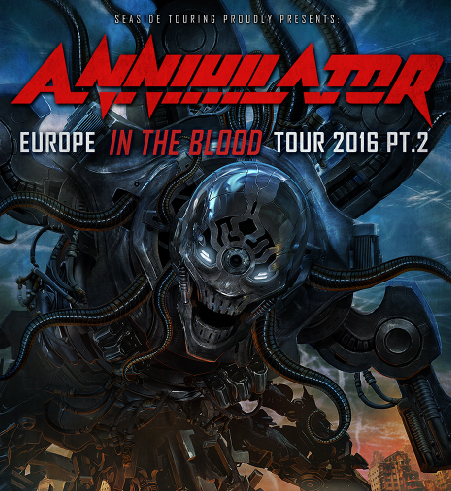 Welcome to your death! Jeff Water’s Annihilator will be back at Biebob on 4 November with their Europe In The Blood Tour part 2. After more than 30 years in the business, more than 3.000.000 records sold and 15 studio-records Annihilator still delivers a solid live show filled with classics like Alison Hell, W.T.Y.D. , King Of The Kill and many more. Over the years the band has been through many line-up changes with the only constant being Jeff Waters, but he always manages to surround him with top-notch musicians. So get ready some Canadian Thrash Metal, Eh!

Says Annihilator main man Jeff Waters: “With all the great bands that sent in demos, cds and links, the one that stoof out was these guys. My guitarist Aaron and I sat and listened to some of their songs and realized that this band will kick our asses if we don’t start practicing a bit more! Killer thrash band and genuine.”