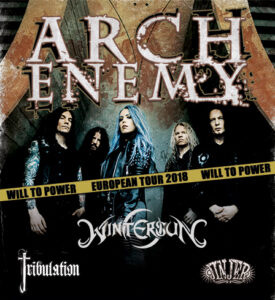 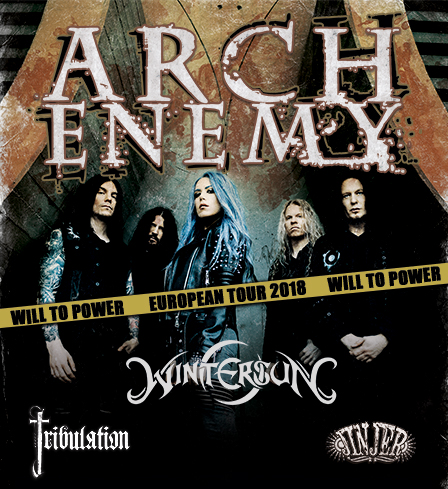 Arch Enemy, Sweden’s finest melodic metal band, have risen once again and are ready to accelerate at full force as when they release their upcoming album, “Will To Power”, which will be out September 8th. On January 24th, 2018 Arch Enemy will present their brand new record at Muziekcentrum Trix. “Will To Power” will be their second album with vocalist Alissa White-Gluz a with who they also recorded the 2014 album “War Enternal”. No doubt you can also expect new material as well as Arch Enemy classics!

Support will come from Wintersun, Tribulation and Jinjer.