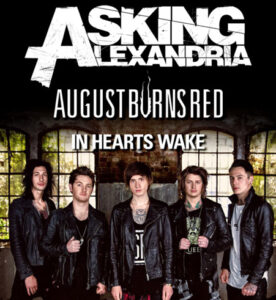 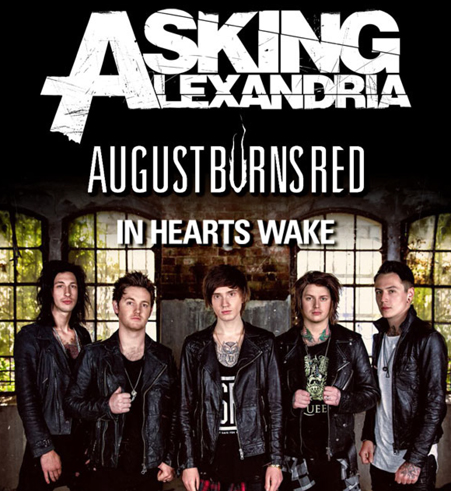 Asking Alexandria was formed in 2008 by guitarist Ben Bruce. The band released their debut album “Stand up and Scream” in 2009 and went out on tour with Evergreen Terrace & Alesana in support of the record. Their second album “Reckless & Relentless” followed in 2011. During the recording of “From Death to Destiny” vocalist Danny Worsnop tore his vocal cord. Fortunately the majority of the recording had already been completed and the release followed in 2013. Now, two years later, Worsnop has left the band to focus on his side project We Are Harlot and has been replaced by Denis Stoff. With renewed forces the band is gearing up to release a new album and to go out on tour. Their fall tour throughout Europe will start at Trix on October 1.