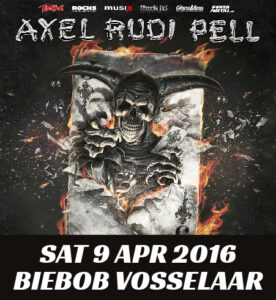 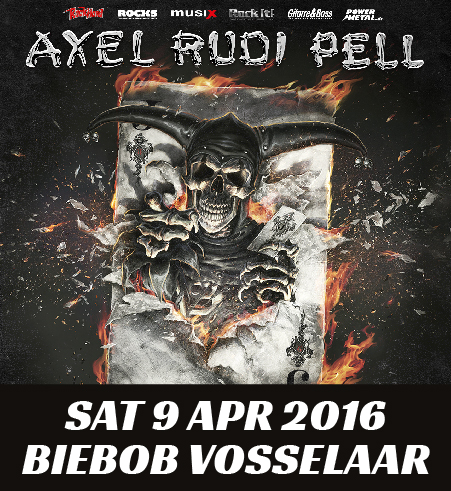 April 2016 will see Mob Rules join Axel Rudi Pell as special guests on his extensive tour, presenting the songs from their new album Tales From Beyond live for the first time.

Axel Rudi Pell, probably one of Germany’s most famous heavy metal guitar players, is coming to Biebob on April 9. After starting his career with the band Steeler, Pell left them in 1988 to start his solo career in 1989. In the following year the line-up of the band regularly changed but Pell still made sure that he was and still is surrounded by class musicians. 2016 will mark the release of “Game of Sins”, Axel Rudi Pell’s first record since 2014’s “Into The Storm”. No doubt that we will get to hear new work during their show at Biebob!