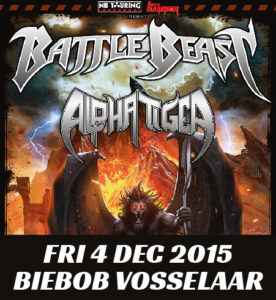 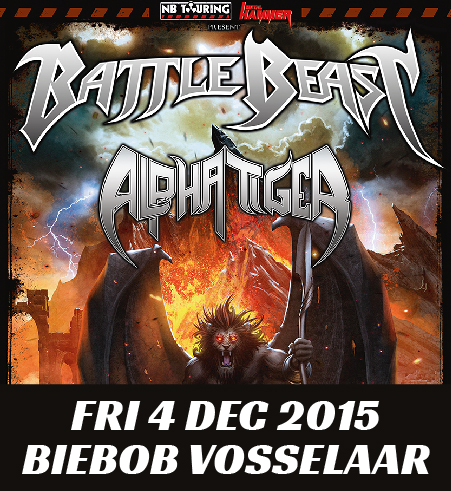 Finland’s heavy metal heroes Battle Beast, who earlier this year toured Europe extensively alongside Sabaton and Delain, are now returning for a second lengthy tour supporting their chart-topping third album “Unholy Savior”. As their first full headline tour, Unholy Savior European Tour 2015 is a beast in itself, spanning 28 shows in 13 countries. Starting from a festival performance at Metal Hammer Paradise on November 13th, the tour will see the band spreading their kick-ass metal all the way to mid-December. Battle Beast are happy to welcome Germany’s traditional metal force Alpha Tiger as their guest for this tour. Another support act will be announced later this autumn. Make sure to grab your tickets fast!