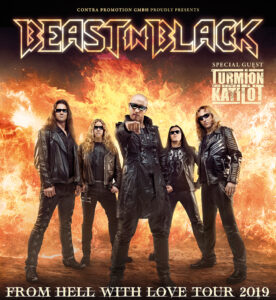 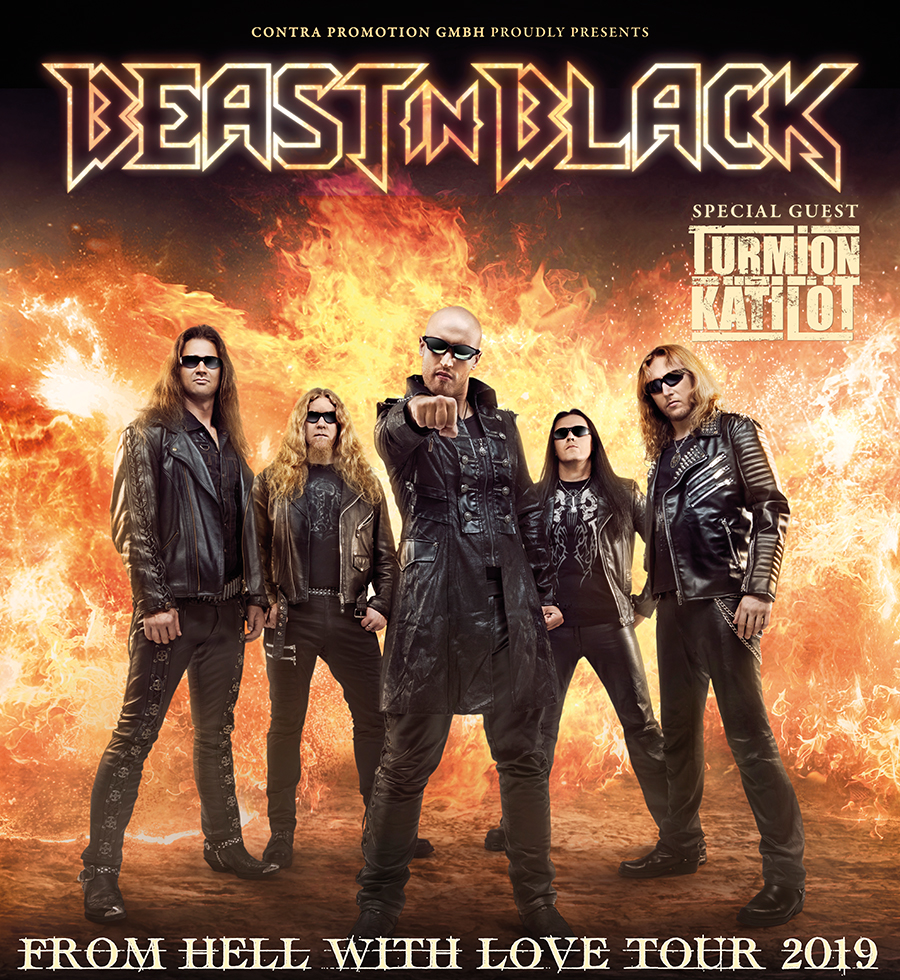 On 3 March Helsinki based heavy metallers Beast In Black are coming to Biebob, Vosselaar! After being founded in 2015 by former Battle Beast guitarist Anton Kabanen, Battle In Black have been on a rollercoaster ride ever since! After tours with Nightwish and W.A.S.P. the band released their debut album “Berserker” in 2017 filled with heavy power metal anthems which was inspired by Japanese anime and manga serie “Berserk”.
Support will come from industrial metallers Turmion Kätilöt!