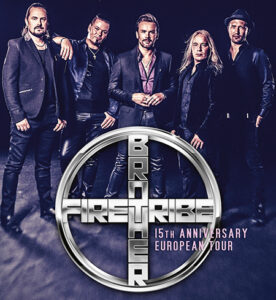 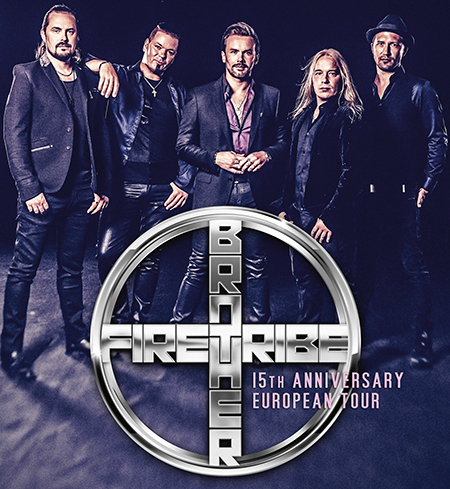 Infectious, contagious, feel good hook laden melodic rock with flash and balls. That’s Brother Firetribe for you. This Finish AOR band, influenced by the glory days of suh stadium rock giants as Journey and Van Halen coupled with the glam of such acts as Skid Row; was founded in 2002 . In 2006 Brother Firetribe release their first album “False Metal”, which was well received in Finland. Unfortunately the band was unable to tour due to Emppu Vuorinen being part of Finnish rock legends Nightwish and vocalist Pekka Heino a member of his then-band Leverage. After the release of their 2nd album “Hear Full of Fire”, Brother Firetribe was finally to go on tour in 2009. During their first tour the band was widely praised for their live performance.

Due to Vuorinen’s work with Nightwish there were some quiet periods in the history of Brother Firetribe, but the band made this up by releasing 2 more hard rocking records, of which Sunbound was their latest effort. This fall the band is coming to Biebob to celebrate their 15th anniversary, so get ready for an evening filled with infectious AOR!