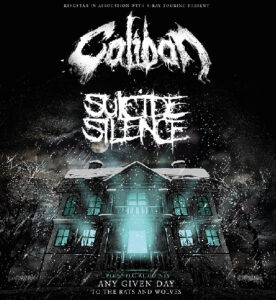 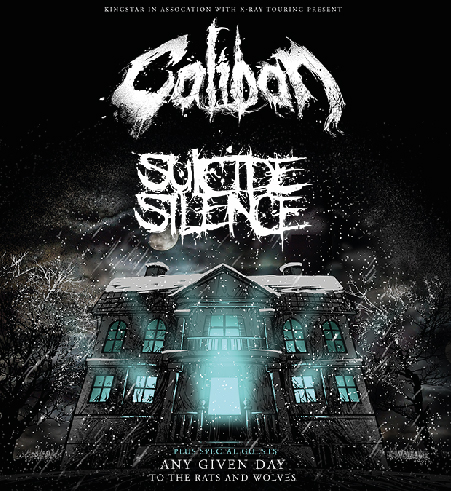 Germany’s biggest metalcore band, Caliban, and California’s most brutal deathcore act, Suicide Silence, have teamed up for a European tour. On December 14th this brutal package will make sure that Trix is turned into one giant moshpit.

Ever since the release of their first record “A Small Boy and a Grey Heaven”, Caliban has been on a wild ride. After numerous tours the band now released their 10th record “Gravity” which has been well received by fans as well as the press.

After the loss of original vocalist Mitch Lucker, the future of Suicide Silence seemed a bit uncertain. But after a year of silence the band announced that they would continue with Hernan “Eddie” Hermida of All Shall Perish. Currently the band is working on new material for their fifth material. No doubt we’ll get taste of their upcoming record at Trix!