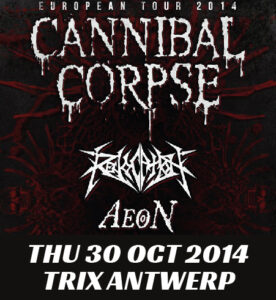 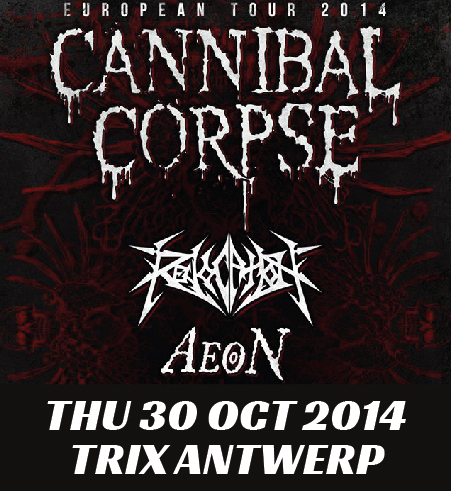 American Godfathers of Death Metal CANNIBAL CORPSE have announced a full European tour for the fall. This will be their first European tour in support of their new, yet untitled album due for release later this year via Metal Blade Records.

New label mates REVOCATION have been confirmed as direct support while Swedish Death Metal heroes AEON – also signed to Metal Blade Records – have been slotted as the opening band.

The bands will play at TRIX on October 30.