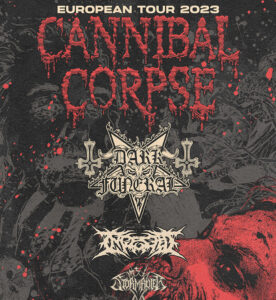 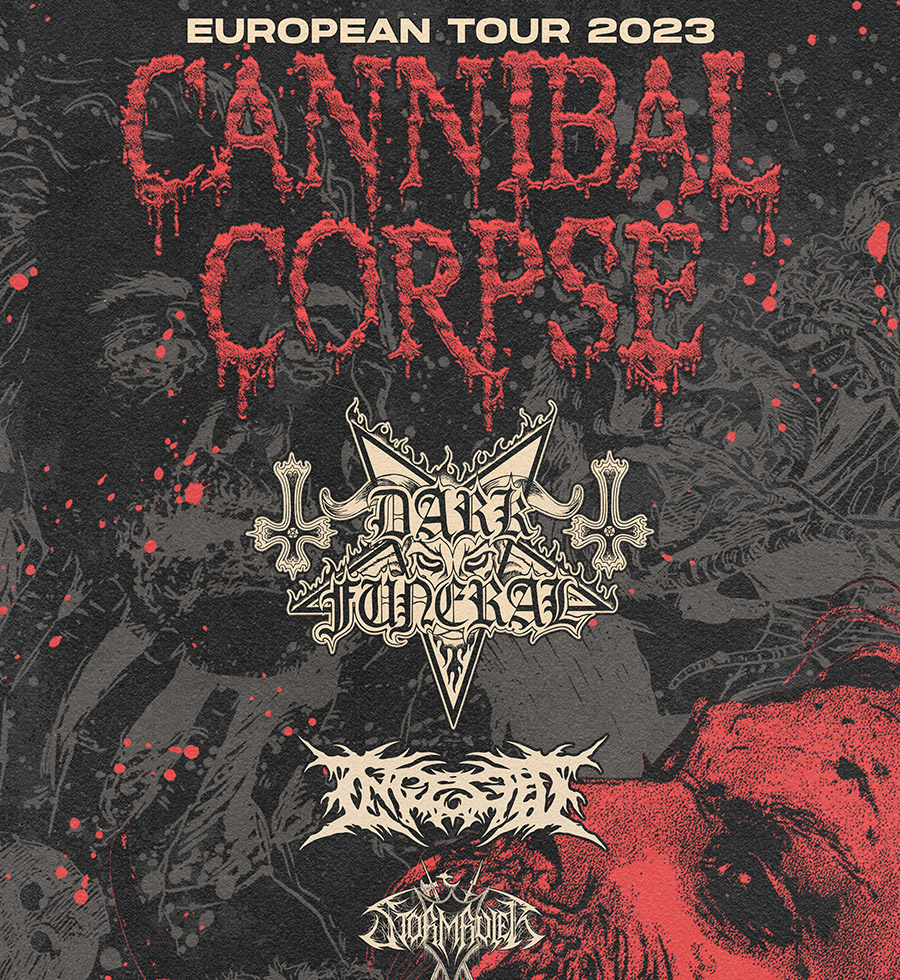 On 13 April 2023, the masters of death metal, Cannibal Corpse, are coming to Trix! Known for their mouth-foaming, lightning-fast and deadly efficient death metal, Cannibal Corpse is one of the leading acts in the death metal genre. Few metal bands have earned as much attention from censorship committees as Cannibal Corpse. With song titles such as ‘Meat Hook Sodomy’, ‘Necropedophile’, ‘Fucked with a Knife’ as well as brutal album covers the band doesn’t shy away from controversy. Last year the band dropped their fifteenth record ‘Violence Unimagined’, a death metal masterpiece. Their first one with producer Erik Rutan on guitar.

Coming with them are Dark Funeral, Ingested and Stormruler!