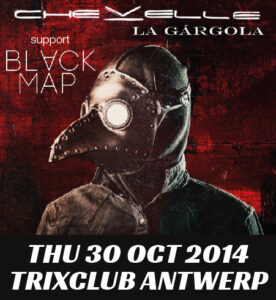 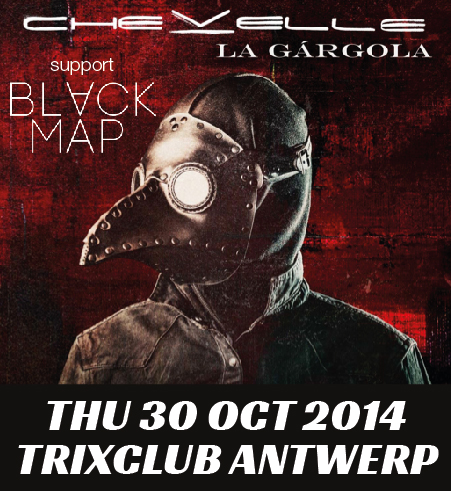 Suburban Chicago-based trio Chevelle was formed back in 1995 by brothers Pete, Sam & Joe Loeffler. In 1999 they released their first album, Point #1. Three years later, the band recorded successor Wonder What’s Next. With over 1 million copies sold, it’s their best-selling album to date. The release of This Type of Thinking (Could Do Us In) followed in 2004. A year later the band went through a line-up change as Joe got replaced by Dean Bernardini. Chevelle has since released four more albums, with La Gárgola as their latest installment. They will present this new album at TRIX on October 30.