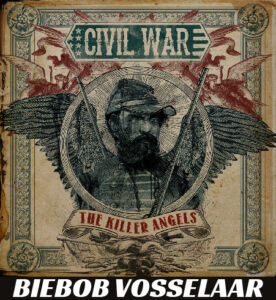 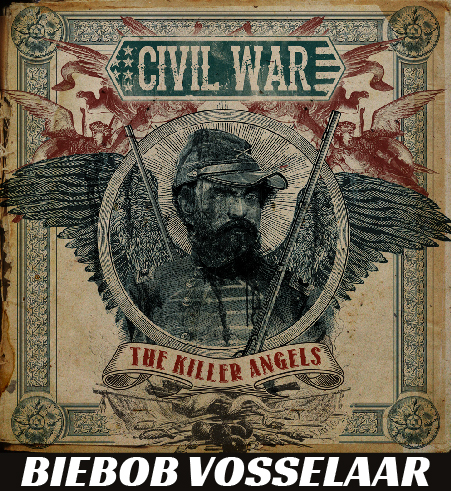 Civil War will hit the roads of Europe in February. Material from the hard hitting debut album ”The Killer Angels” will be mixed with a couple of old Sabaton classics and some surprises.

While preparing for the tour, the members simultaneously work on songs for Civil War II. A bunch of songs are written and amongst them ”The Mad Piper”. Actually the last song the band wrote for ”The Killer Angels” but due to lack of time this ace was saved for the sequel. The song may be presented to the world at the February tour featuring Myhr on bagpipe!

One thing is for sure: The boys are armed and ready for a full assault on Europe.

To give the fans a tour package worthy its name, the Swedish force of metal, Katana is invited as very special guests. Katana has released two full length albums, a handful of EP’s and performed at Wacken Open Air, Sweden Rock Festival. Check them out here:

After the overwhelming response following the release of our album The Killer Angels and a summer with some festivals, all of them exceeding our expectations, we are now happy to announce our first European tour. It is due to take place in February 2014 and will hit across central Europe.

Ever since we closed into the final mixes of our album we felt that we made quite a solid album and we were eager to get out there and play it for people all over the place.

We can’t wait to get out there and play the cities that most of us done several times before and we hope to see as many of you as possible, we’re back to do what we love, to perform live!. Also support act will be announced soon.

After many successful years with Sabaton the four original members Daniel Mullback, Rikard Sundén, Daniel Myhr and Oskar Montelius decided to leave the band after the recordings of the awarded album “Carolus Rex” 2012. However, they still wanted to play music and together with Nils Patrik Johansson, the singer known from Astral Doors and Lion’s Share, they decided to make a new band. Stefan “Pizza” Eriksson was their first choice as bass player in this new force, and he accepted their request. Civil War was complete.

Civil War had a record deal before they even had written a single tune together. The deal said: an EP shall be released October 2012. Said and done: The writing process started and it soon was clear that the music was a hybrid between Power Metal and classic Heavy Metal. The EP kicks off with the ultra-catchy “Rome is Falling” and continues with “Civil War”, “Forevermore”, “Custer’s Last Stand” and the cover “Say it Right”. A good start for the band, even though it was released pretty much in the shadows since the label wanted to save the big campaign for their full length debut.

The work with their debut album started right away after the EP was released and in June 2013, “The Killer Angels” was shipped out to the stores. Just in time for their first live performance at Sweden Rock Festival. With songs like “First to Fight”, “I Will Rule the Universe”, “Sons of Avalon” and “My Own Worst Enemy”, the band had made a modern day Heavy/Power Metal classic; the reviews were overwhelming and Civil War had proved their capacity to the world. The album reached in August 2013 Gold status in Sweden, an award that goes out to albums that sold more than 20 000 copies.

After the success at Sweden Rock Festival, the band continued to play festivals during the summer of 2013, among them their first show abroad headlining the Metal War Festival in Budapest, Hungary. During the fall they will do a few handpicked gigs in native Sweden while starting with material for the next album.

KATANA from Gothenburg, Sweden has become a household name for any fan of the new wave of young bands playing traditional 80s heavy metal.

With two full-length albums, a handful of EPs and almost a decade of experience KATANA is not just a band, it´s a force to be reckoned with. Combining influences from the early new wave of British heavy metal with the newer heavy and power metal sounds of the 21st century, KATANA brings new life into a genre that simply refuses to become out of style.

Katana released their debut album ”Heads Will Roll” in January 2011, and one year later the much anticipated sequel ”Storms Of War” hit the shelves. Both albums have been critically acclaimed all over the world, and Malcolm Dome of Classic Rock Magazine wrote: ”This quintet will make a significant mark. This debut is only the beginning of what should be a thrilling march.”

In the past few years, Katana has been on the bill of festivals like Wacken Open Air, Sweden Rock Festival and House Of Metal, and they have toured with Hardcore Superstar and Lizzy Borden to name a few.