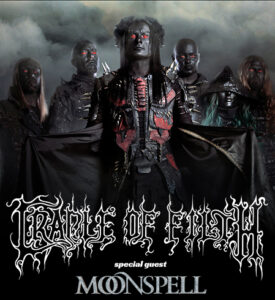 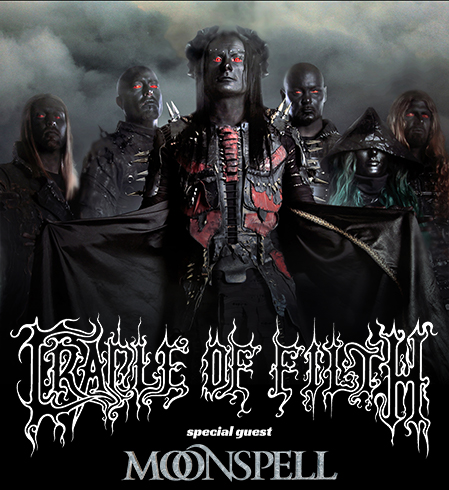 On 1 March 2018, the undisputed kings of extreme metal, Cradle of Filth, are coming to Muziekcentrum Trix to present their brand new record ‘Cryptorian – The Seductiveness of Decay’, which will be out September 22nd. Over the years Cradle of Filth’s sound evolved alot. They started out as a black metal act and with each record the band added more and more gothic and horror-elements to their sound. This year the band will release ‘Cryptorian – The Seductiveness of Decay’, which is already their 12th(!) record.

To make it even better, they are also bringing Moonspell  with them as a very special guest! The band, with charismatic frontman Fernando Riberio, has been one of Portugal’s finest export products for 20 over years. Later this year Moonspell will release their 11th album, “1755”, a conceptalbum  which is based on the 1755 Lisbon earthquake, and will be sung entirely in portugese.