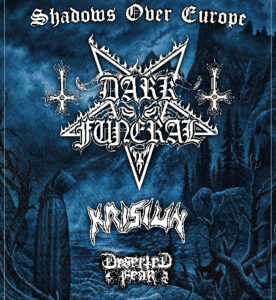 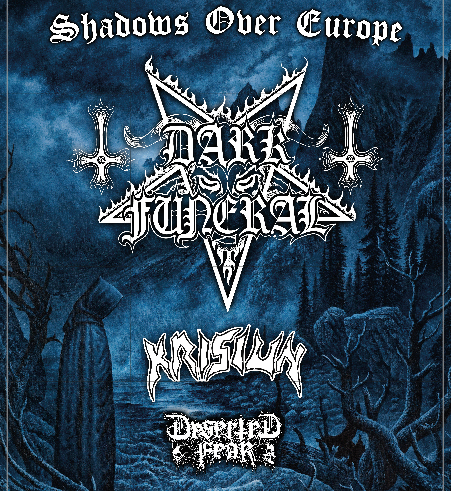 With the release of their brand new album, “Where Shadows Forever Reign”, Swedish black metal juggernaut Dark Funeral has announced a European tour, which will also make a stop at Biebob Concerts on October 10.

In 1993 Dark Funeral emerged in Stockholm during the second wave of black metal. Since then the band released six albums and multiple EPs. Throughout the years there were a few line-up changes, but one thing remained unchanged: Dark Funeral’s drive to deliver an uncompromising live show.

Accompanying Dark Funeral will be their label comrades Krisiun and Deserted Fear. Expect a heavy night for your neck muscles!