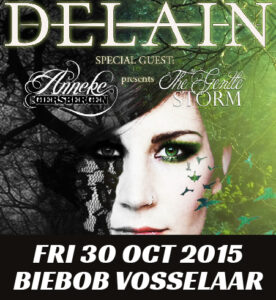 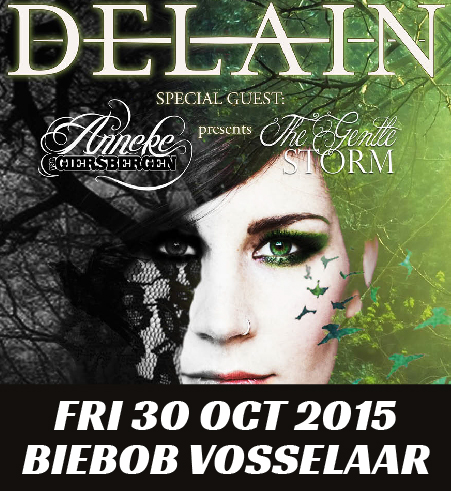 Delain started in 2002 as a new project for former Within Temptation keyboardist Martijn Westerholt. That same year they also released the demo “Amenity”. Afterwords things got a little quiet. But in 2005 Westerholt joined forces with Charlotte Wessels and the band got signed to Roadrunner Records. The group quickly released a single, “Frozen” and their debut album “Lucidity” followed in 2007.

Successor “April Rain” was launched in 2009. In support of the album the band toured extensively, with gigs at festivals like Graspop Metal Meeting and Lowlands. In February 2010 the band announced they were working on their third album, which was released in June 2012.

The band dropped their latest record, The Human Contradiction, last year in April. In promotion of the album the band have announced an extensive EU headline tour. Be sure to check them out at Biebob Concerts on October 30.