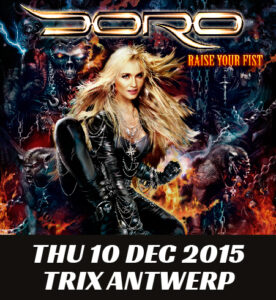 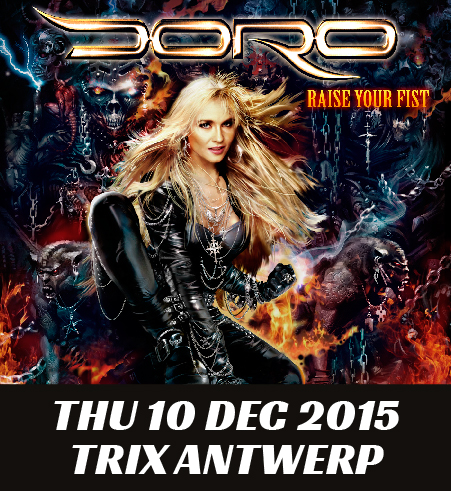 DORO’s music carreer started back in 1980 when she was accepted in the band Snakebite. After a year the band already called it quits and DORO went on to sing for Beast and Attack. Another year later she joined Warlock. This proved to be a successful move as the band signed their first contract and released their debut album in 1984. Three albums later DORO was the only original member left. From then on she toured and published albums under her own name DORO. In total she has released twelve solo albums and in 2014 she added the Raise Your Fist 30 Years Anniversary-edition to her repertoire.

After her visit to Biebob Club last year during her 30 years – Strong & Proud Tour 2014 she’s coming back for more. Catch her at TRIX on December 10.