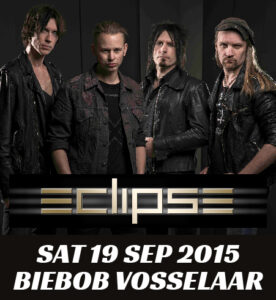 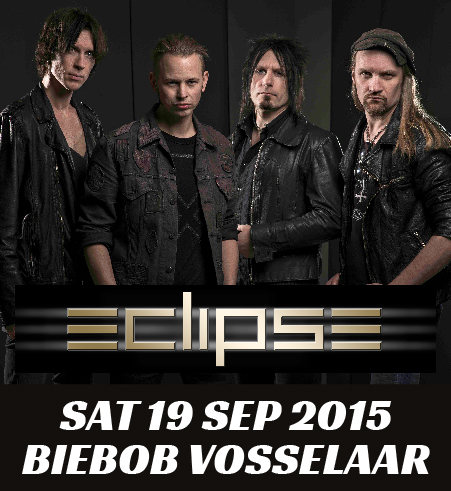 Swedish hard rock band Eclipse was formed in 1999 by Erik Martensson & Anders Berlin. After gitarist Magnus Henriksson joined the duo, the band got signed by Z Records. In 2001 they released their debut record “The Truth & A Little More”.

Before releasing their second album “Second To None” in 2004 they landed a record deal with Frontiers Records. After this the band went on a little break, but returned in 2008 with the album “Are You Ready to Rock”. The next album, named “Bleed and Scream”, followed in 2012. Their latest effort “Armageddonize” dropped at the beginning of this year. Reason enough for the band to go out on tour. Catch them on September 19 at Biebob Club.