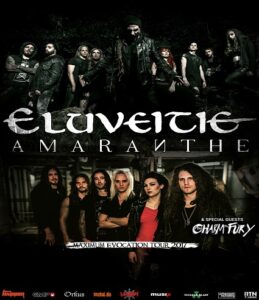 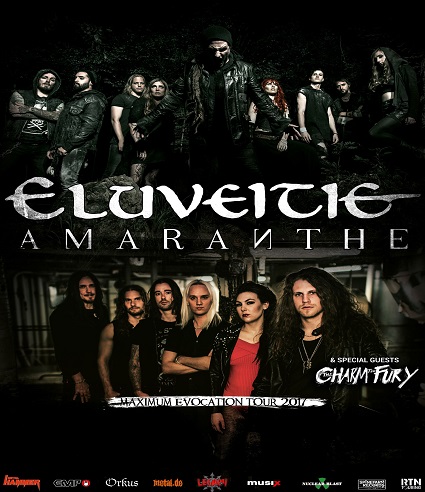 After their super successful Headline Tour in 2014 Swiss folk metallers Eluveitie are hitting the road again with their new album »Evocation II«. After a release show at Summer Breeze, Germany, the band led by Chrigel Glanzmann will embark on a European club tour to present their new songs to the fans live on stage. This tour will also bring them Muziekcentrum Trix on 5 November 2017. Swedish modern melodic metallers Amaranthe will be joining forces with Eluveitie for a co-headline tour filled with kick-ass live shows. The opening band will be the Dutch newcomers of The Charm The Fury.