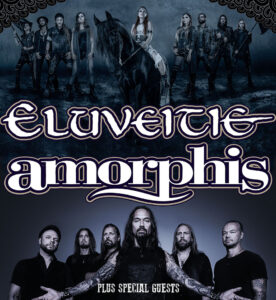 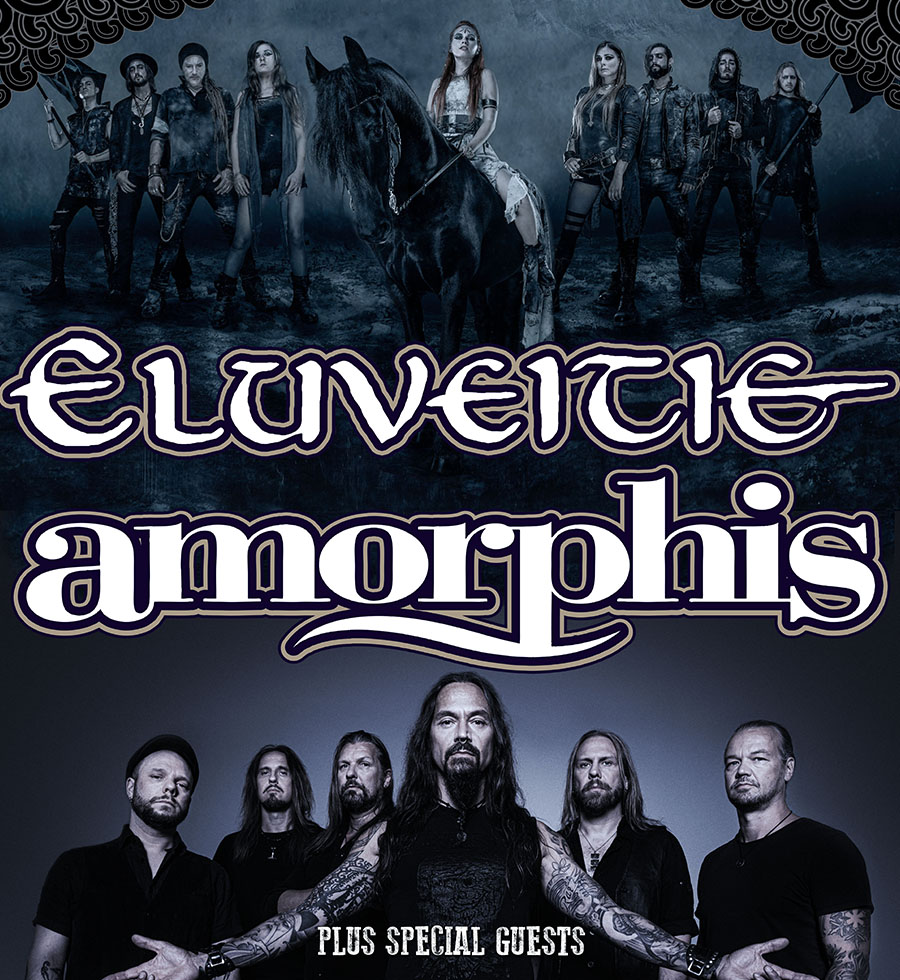 On Saturday 26 November, Amorphis and Eluveitie are coming to Ancienne Belgique, Brussels for a co-headlining show. Earlier this year, the Finns from Amorphis released their 14th studio album “Halo”, marking the 30th anniversary since releasing their debut album The Karelian Isthmus. Swiss folk metallers, Eluveitie,  are a household name in the contemporary metalscene, with their unique mix of melodic death metal combined with the melodies of traditional Celtic music. Their latest album Ategnatos came out in 2019.

“It hasn’t exactly become lighter in this world lately”, Eluveitie frontman Chrigel Glanzmann comments. “Nonetheless there are still pleasant and joyful news. We cannot wait to finally start touring again after more than two really weird years. It feels unreal almost! As if this isn’t enough we’re super stoked to announce the line-up of this tour – definitely one of the coolest tour line-up’s in our entire career. Being on the road together with dear friends and some of our personal all-time favorite bands – that’s really just more than I expected! We can’t wait to see you all again!”

Amorphis’ guitarist Tomi Koivusaari adds: “Halo! We are thrilled to announce our co-headlining European tour with the mighty Eluveitie. We’ve just released our 14th album Halo and we can’t wait to play it and of course stuff from our whole career live for you. Don’t miss this, there also might be some more pleasant surprises to the line up later on…