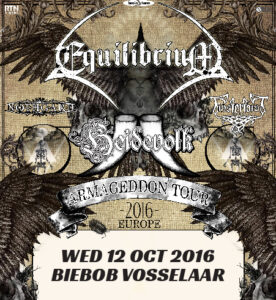 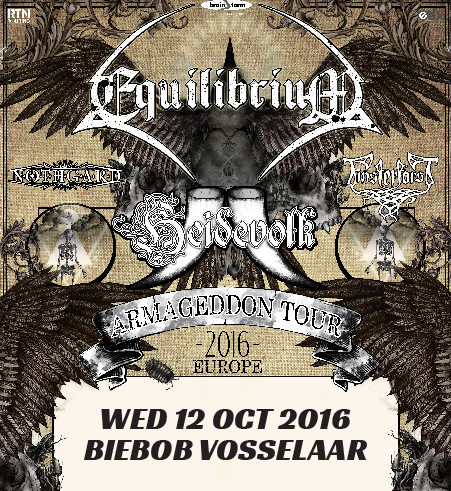 On 12 October, German folk metallers Equilibrium will perform at Biebob Concerts in support of their fifth album “Armagendon”, which will be out on 12. Since their inception in 2001 the band has released four studio albums and one EP. So expect loads of new work and of course the Equilibrium classics!