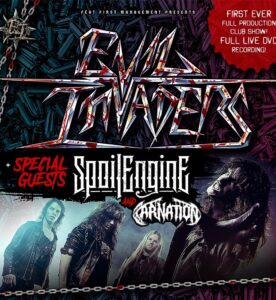 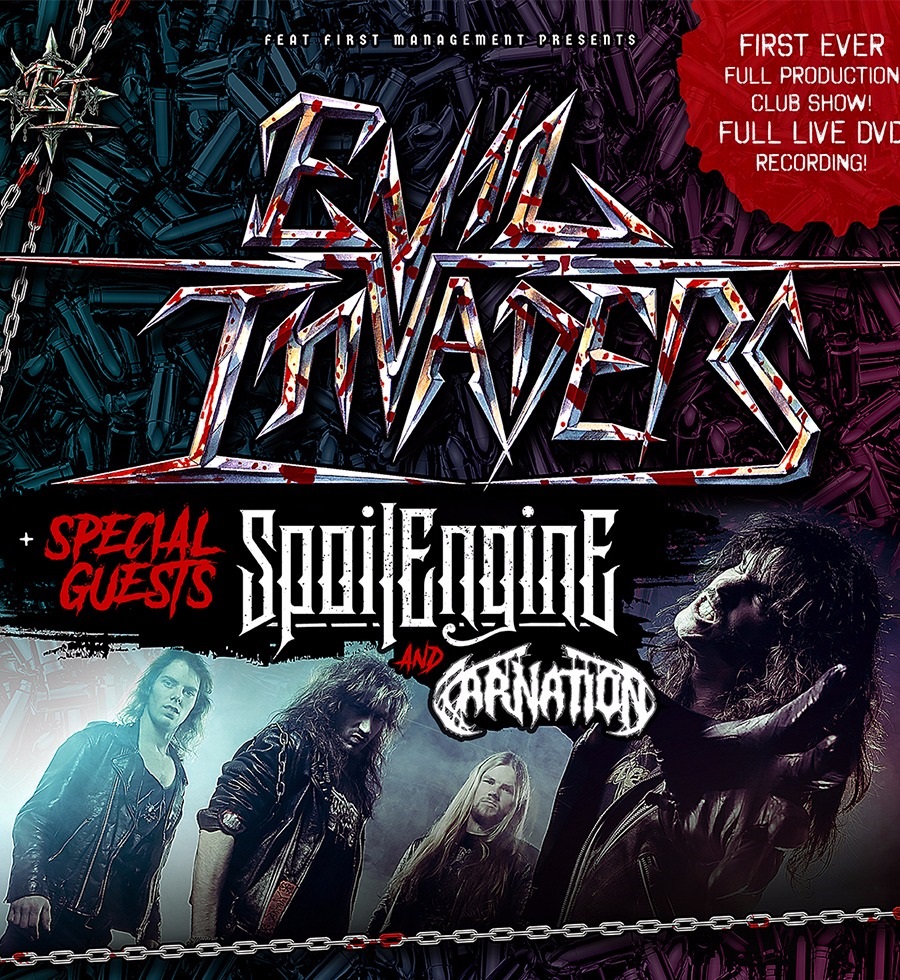 In 2017 Belgium’s fastest metalband Evil Invaders released their second full album “Feed Me Violence” ! Ever since then things have been going hard for the band with a sold-out release show, a European tour and a Belgian club-tour. And on September 22nd, Evil Invaders is coming to Trix for their biggest headline show yet!  Get ready for the full Evil Invaders experience, because for this show the band is bringing out their full show production out for the first time! And on top of it all, the band will be shooting a live DVD during this show!

Evil Invaders will also be bringing Spoil Engine with them as a very special guest! These guys and girl already have a lenghty summer tour under their belt so they will be ready to warm you p for Evil Invaders!

Opening up is Carnation! This band  equals blistering death metal madness from Belgium and have the reputation as a notoriously impressive live act! The band will release their highly anticipated debut album ‘Chapel Of Abhorrence’ through Season of Mist later this year!