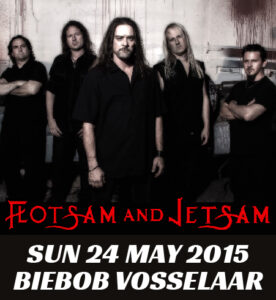 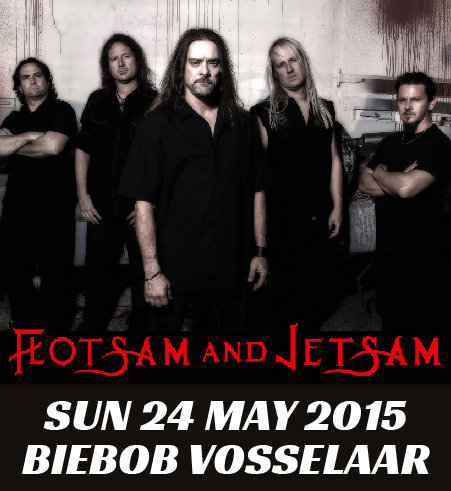 The Flotsam and Jetsam story begins way back in 1981, when they still performed under the name Paradox. They actually went through a lot of names before settling on Flotsam and Jetsam in 1983. At that time the band consisted out of drummer Kelly David-Smith, vocalist Eric A.K., bassist Jason Newsted and guitarists Michael Gilbert and Edward Carlson. The release of their debut album “Doomsday for the Deceiver” followed in 1986 and it became clear that Metallica was a huge influence for the band. Ironically, Newsted left the band that same year to replace Cliff Burton in Metallica.

Two years later they released their successor “No Place for Disgrace” under Metallica’s label Elektra. In support of the album they embarked on a tour with Megadeth, Testament, King Diamond & Sanctuary. After the tour they signed a deal with MCA and issued three more album, “When the Storm Comes Down” in 1990, “Cuatro” in 1992 and “Drift” in 1995. Eventually they returned to Metal Blade Records and released “High” in 1997.

Anno 2015 and five albums later, another release is in the making. At the moment, the band is recording a brand new album and the launch is planned early this year. They’ll also perform at Biebob Club on May 24, together with Bliksem.