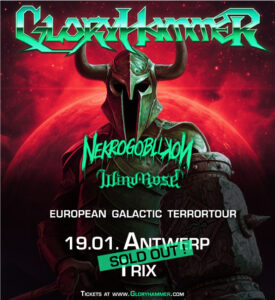 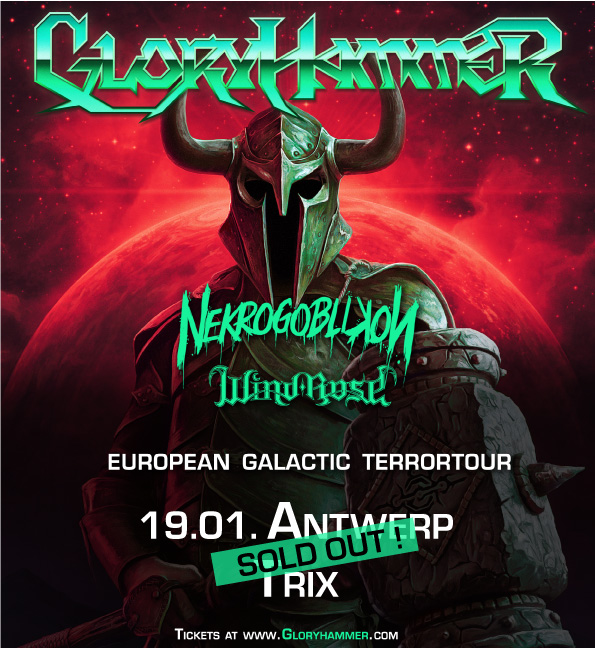 Raise your fist and ready your battle axe: Gloryhammer is coming to Trix, Antwerp on 19 January 2020!  This literally fantastic power metal act will come bearing their new album, “Legends from beyond the Galactic Terrorvortex”, which is due out in late spring 2019 via Napalm Records. The galaxy waits in fear for the return of Angus McFife XIII, who fought the greatest battle the universe has ever heard of, against the evil sorcerer Zargothrax. All hope of the Kingdom of Fife lies in the strong arms and the infinite wisdom of their young prince.

Gloryhammer has the following to say about their upcoming tour:  “Mighty Warriors of Europe! The time has come for the most epic battle of all… we are thrilled to announce the European Galactic Terrortour! Beginning in January 2020, supported by the Goblin Kings of Nekrogoblikon and the Dwarven legions of Windrose, the armies of Gloryhammer will quest across the continent bringing the Power of Hoots to all true warriors of Europe! Are you ready to fight at the side of Angus McFife? FOR THE ETERNAL GLORY OF DUNDEE!”