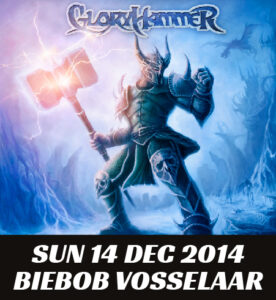 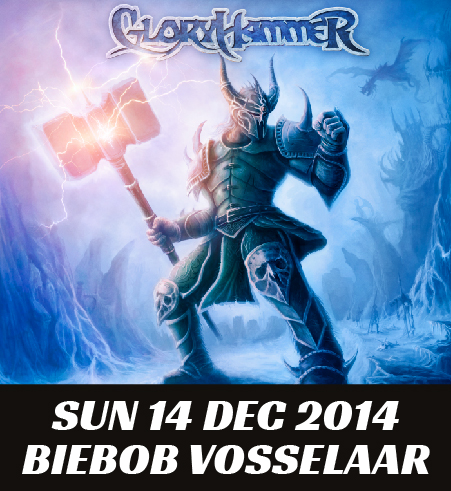 Scotland – A highland realm of mystery, wonder, and epic battles from an ancient time, shrouded by magical mists. A time of dragons and wizards, and enchanted weapons. These are the legends of the Kingdom of Fife, when the great hero Angus McFife waged an epic war against the evil wizard Zargothrax, to free the people of Dundee in the name of glory and steel. These are the legends of Gloryhammer!

The ‘Heroic Fantasy Power Metal’ band Gloryhammer is the new project formed by Christopher Bowes, the mastermind behind pirate-metal sensation Alestorm, with a desire to explore the more symphonic and epic side of metal. The band’s debut concept album ‘Tales From The Kingdom of Fife’, released in March 2013, is telling a story based in an alternate-history medieval Scotland, where magic and dark sorcery reigns supreme. Gloryhammer is a band like no other… Prepare for epic battles!

Gloryhammer will pay a visit to Biebob Concerts on Sunday December 14 together with Shear & Twilight Force.