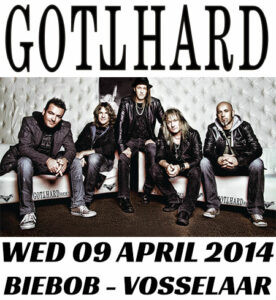 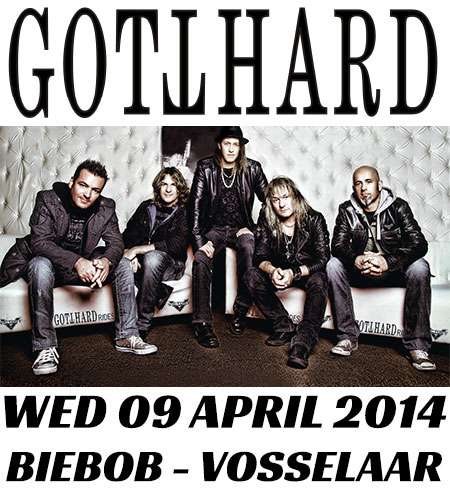 GOTTHARD  –  Advance sales for the tour have started; the new album will be  released in April.

Advance sales have begun for the 2014 Tour of the successful Swiss Rockers GOTTHARD.  The band, who’s live appearances have been rare this year in order to concentrate on the work on their new studio album, have been missed by their fans, who are eagerly awaiting them back on the stage.  The Ticino quintet will add the new CD to their luggage and it will be premiered at the beginning of April.

Currently, there is intense activity in Ticino.  Gotthard are working at high pressure in their own Yellow House Studio to put together the successor to “Firebirth” and the second studio album featuring Nic Maeder.  It is co-produced by Charlie Bauerfeind and Leo Leoni.  It will be mixed in the Wisseloord Studios with Ronald Prent, who was, among others, also responsible for the successful album “Lipservice” and for “Domino Effect”. For the first time, the album will be distributed world-wide via the partner label of Musikvertrieb PIAS.

The first album featuring Nic Maeder as lead singer, “Firebirth”, was celebrated frenetically by the fans.  It went up to place 8 in the German album charts and many venues for the following tour were sold out.  After only seven shows in 2013, the band is coming back to the festival stage in summer 2014, before the big headline tour starts in the autumn.