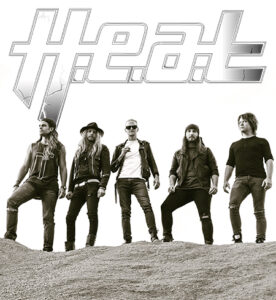 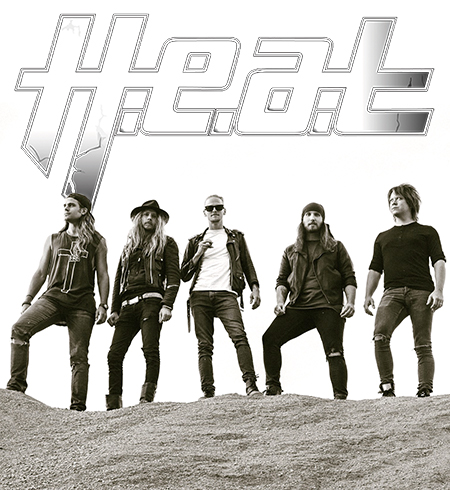 Swedish band H.E.A.T is one of the leading bands of the melodic hard rock scene. Formed in 2007, they released their self-titled debut the following year.Fans and critics welcomed the maiden release and this resulted in a number of support act slots as well as a first appearance at the Sweden Rock Festival. Shortly after the release of their second album ‘Freedom Rock’ (2010) singer Kenny Leckremo left the band to be replaced with Erik Grönwall, the 2009 winner of the Swedish version of the Idol song contest. Grönwall’s first release as lead singer was ‘Address the Nation’ (2012), which included the hit single ‘Living on the Run’. Since then H.E.A.T has managed to build a sizeable and loyal following worldwide. Their latest album, ‘Tearing down the Walls’ (2014), is the logical and promising next chapter in their career.