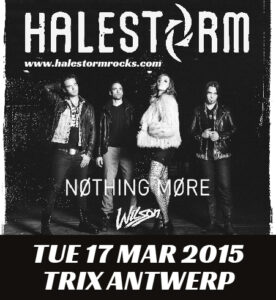 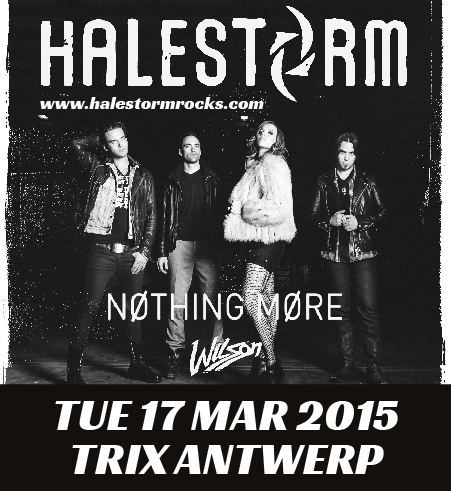 Back in 1998 teen siblings Arejay and Lzzy Hale started a band with their father Roger Hale as bass player. In 2003 guitarist Joe Hottinger joined and one year later Josh Smith replaced father Roger. Although they signed a record deal in 2005, their self-titled debut album was only released in 2009. The album’s lead single “I Get Off’ gained heavy radio play and also “It’s Not You”, “Love/Hate Heartbreak” and “Familiar Taste of Poison” were successful singles.

In 2012 the band released their second album “The Strange Case Of…”, which contained the song “Love Bites… (So Do I)”. Little did they know that the song would be nominated for a Grammy in the Best Hard Rock/Metal Performance Category and that they would eventually win it too.

Right now Halestorm is moving toward their third album “Into The Wild Life”, which will be released at the beginning of April. For the new record, the band have pushed their musical boundaries further, resulting in their most engaging and eclectic songs to date. Besides the new release they will also embark on a tour with a stop at TRIX on March 17.