Biography
I’m sure you’re wondering where the name Harem Scarem came from. It’s really not that big a mystery – everyone always assumes that there is a big story behind the naming of a band (especially when the name is as unique as Harem Scarem!) However, the real story is simply that Harem Scarem is the name of the first Bugs Bunny cartoon. At the time the guys needed a name for the band, they were fans of Bugs Bunny and thought it would make a good name for the band!
The band exploded onto the music scene in 1991 with their self-titled debut album, Harem Scarem. The first album spawned several singles and videos which proceeded to take Canada by storm. Songs like “Slowly Slipping Away”, “Honestly” and “Hard To Love” were pure gold on the radio and started to create an international following for this new band. While the world was just starting to find out about Harem Scarem, signing with Warner Music Canada.
Other albums: Mood Swings, – Voice Of Reason.  Live In Japan- Believe, Live at The Siren. Big Bang Theory – Best Of… – Rubber – Ballads and Rocks – Last Live- Ultra Feel, – The Very Best Of. Weight Of The World, Live At The Gods 2002 CD/DVD-  Just Another Day -The Early Years.  Higher i Down In It, Fair Ground Learning More & More About Less & Less – Black Star- Overload.  Fair Ground album.  Human Nature,, Harem Scarem – Raw & Rare – Hope -, Harem Scarem: This Ain’t Over – The Best Of The Avalon Years 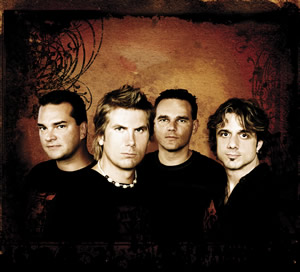