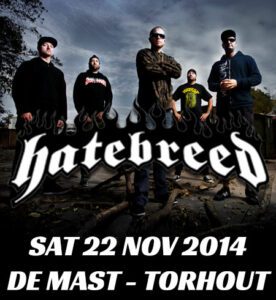 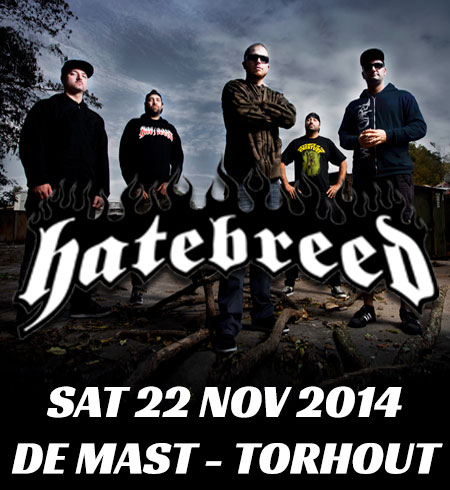 Jamey Jasta, Dave Russo, Larry Dwyer and Chris Beattie got together back in 1993 to form Hatebreed. The band is famous for their heavy metallic guitars, screaming vocals and 30-second songs. By 1997, Hatebreed released their debut album “Satisfaction is the Death of Desire” and toured with the likes of Slayer, Napalm Death & Entombed. Since then, another five albums followed. Their sixth album “The Divinity of Purpose” dropped in 2013. After a fantastic performance at Graspop Metal Meeting 2014 Hatebreed will return to our little country on November 22 at De Mast.