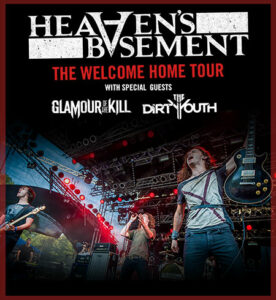 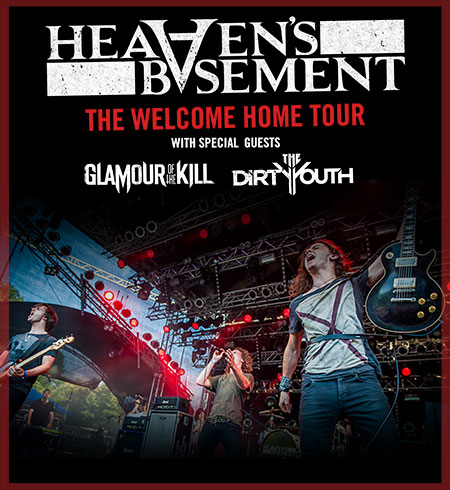 British hard rock band Heaven’s Basement was formed in 2008. A year later they were asked to support Thunder during their UK tour and also scored the main support slot for their European tour. This brought them to Belgium for the first time. In February 2013 they released their debut album Filthy Empire and the band went on tour once again in promotion of the album. Now, after performing at Graspop Metal Meeting 2013 & touring with Black Veil Brides, Heaven’s Basement is ready for their own headlining tour. Their support acts on April 2 at Biebob Concerts is Glamour of the Kill and The Dirty Youth.