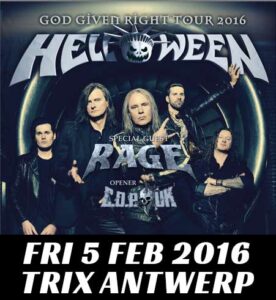 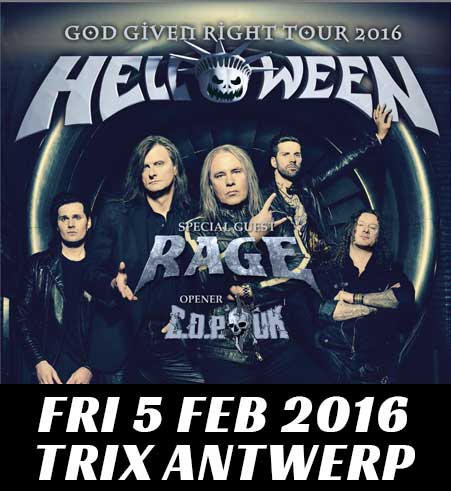 On February 5 it’s time to get out, because the kings of German Power Metal are coming to Trix to promote their latest studio effort “My God-Given Right”, which was released last May. With a career spanning over 30 years, 15 studio records and shows all over the globe, you are in for a night filled with power metal classics such as: “I Want Out”, “Dr. Stein”, “Future World” and “Eagle Fly Free”.

Supporting Helloween is German powerhouse Rage! Being formed in 1984, the band was one of the core bands of the German heavy/speed/power metal scene that emerged in the ‘80s. In the last 30 years the band has released over 20 albums (in total more than 50 releases counting DVDs, EPs, Japan Editions, VHS (in the early years), which makes them one of the hardest working bands in metal!

Add Crimes Of Passion to the equation and you know you’re in for a treat!