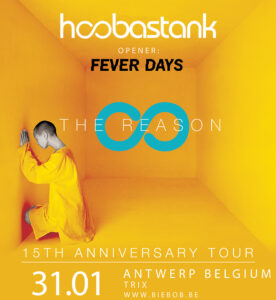 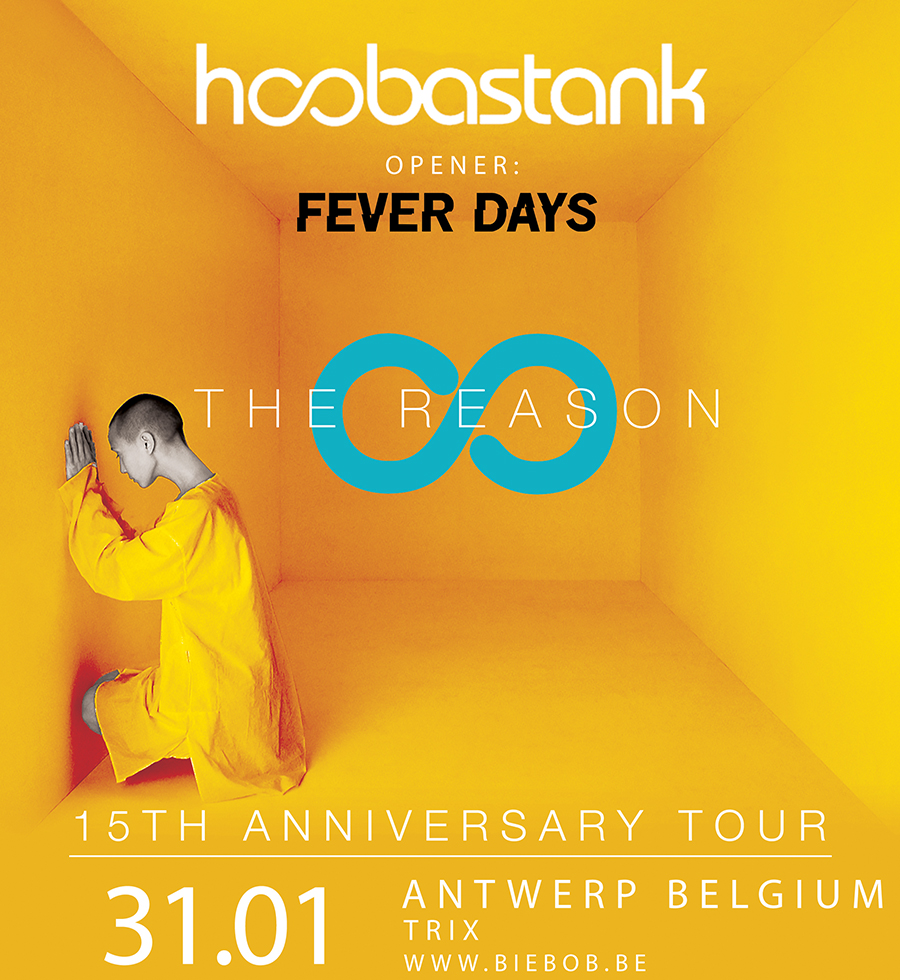 On January 31st American alternative rockers Hoobastank are coming to Trix, Antwerp to celebrate the 15th anniversary of their second album “The Reason”! The band has currently sold over 10.000.000 albums worldwide, their songs have been used in the soundtracks of Hollywood blockbusters and now Hoobastank is coming back to Belgium for the first time since 2004!