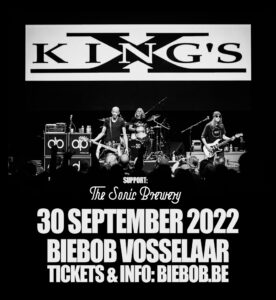 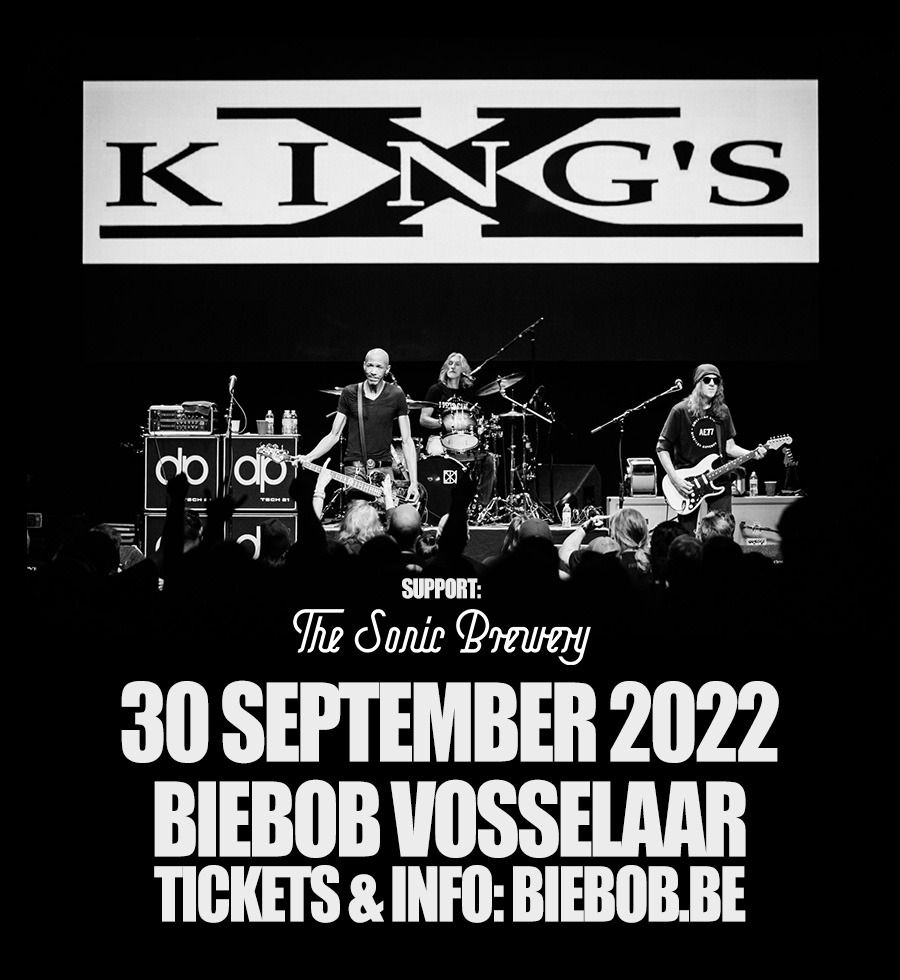 On 30 September 2022 American progressive rockets King’s X  are coming to Biebob, Vosselaar. The seeds for the American trio King’s X were sown as far back as 1979 when bassist Doug Pinnick and drummer Jerry Gaskill started their career as a rhythm section in the employ of other artists. Shortly after they ran into guitarist Ty Tabor and in 1988 they released their debut ‘Out of the Silent Planet’. The seminal album ‘Gretchen Goes to Nebraska’ followed just two years later, establishing the blueprint for what would develop into a super talented act that effortlessly fused progressive metal, funk, soul and well-thought-out vocal arrangements.