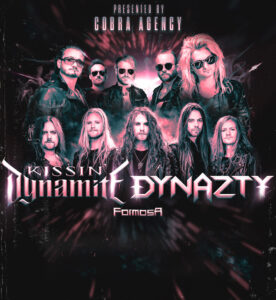 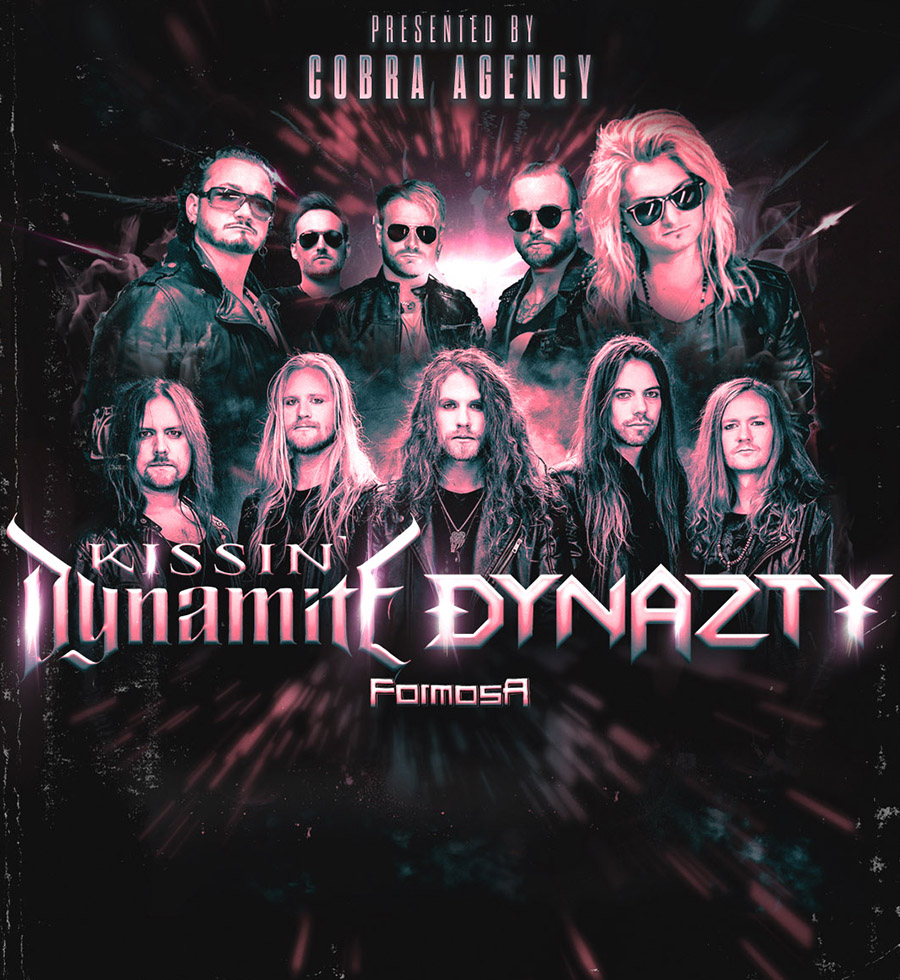 On Sunday 19 March, Kissin’ Dynamite and Dynazty are coming to Biebob, Vosselaar for a co-headline show, so get ready for an evening of epic hard rocking metal!

Earlier this year, German hard rockers Kissin’ Dynamite released their seventh studio album “Not The End Of The Road” and Dynazty dropped “Final Advent”, which is already album number eight for the Swedes. Both acts are known for their high energy live shows, so this one is promising to be good one!

Openers that night are Formasa.