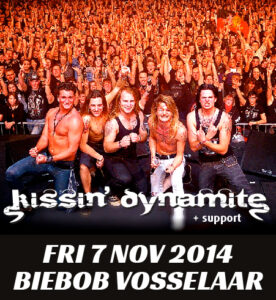 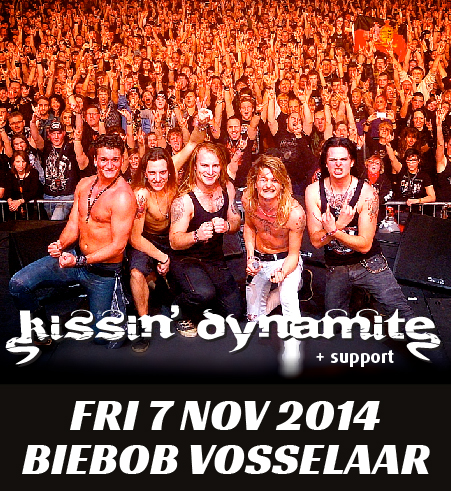 CANCELLED – Tickets will be refunded.

German heavy metal band Kissin’ Dynamite was formed in 2006 by singer Johannes Braun, guitarists Andre Braun and Jim Müller, bassist Steffen Haile and drummer Andeas Schnitzer. The band started sending out demo’s in 2007 and were signed by Capitol/EMI the same year. They debuted with “Steel of Swabia” in 2008, followed by “Addicted to Metal” in 2010. Two years later they launched “Money, Sex & Power”.

September 2014 marked the release of their latest album “Megalomania”. In support of the album, Kissin’ Dynamite will embark on their Megalomania Over Europe tour in the fall. Come on down to Biebob Concerts on November 7 to see the band play. UMC & Backlash will be joining them as their support acts.