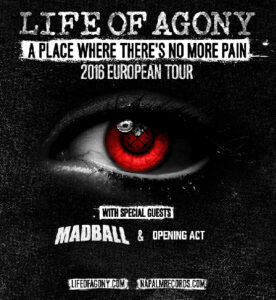 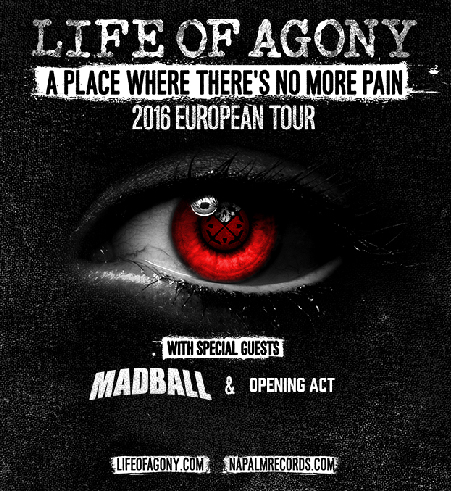 On November 20th two icons of the New York scene, Life of Agony and Madball, will make sure that De Mast in Torhout gets torn down!

After LOA performed multiple shows in Europe in 2014, the band got excited to excited to take the stage together once again after a brief hiatus. Now the band is back stronger than ever with their first record in a decade coming out in 2017, A Place Where There’s No More Pain. Expect LOA classics and a band that’s ready to strike!

Support comes from New York’s finest Madball. So get ready to set it off!