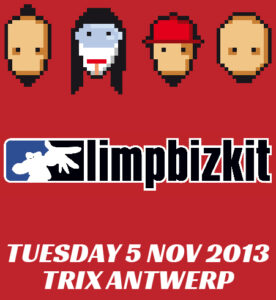 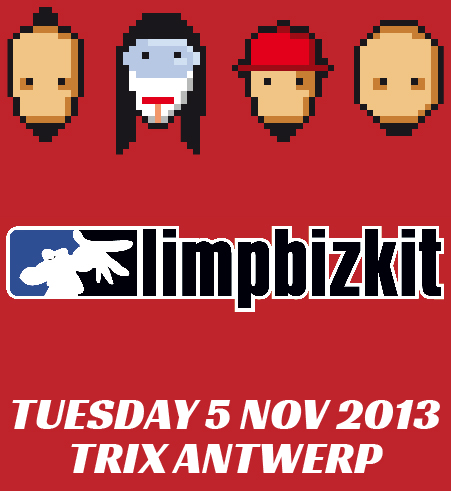 ARE YOU READY TO GO

The rap-metal outfit Limp Bizkit was formed in Florida in 1994 by vocalist Fred Durst and his friend, bassist Sam Rivers. Rivers’ cousin John Otto soon joined on drums, and guitarist Wes Borland completed the original foursome (later supplemented by DJ Lethal). After Korn played the Jacksonville area in 1995, bassist Fieldy got several tattoos from Durst (a tattoo artist) and the two became friends. The next time Korn were in the area, they picked up Limp Bizkit’s demo tape and were so impressed that they passed it on to their producer, Ross Robinson. Thanks mostly to word-of-mouth publicity, the band was chosen to tour with House of Pain and the Deftones. The label contracts came pouring in, and after signing with Flip/Interscope, Limp Bizkit released their debut album, Three Dollar Bill Y’All. By mid-1998, Limp Bizkit had become one of the more hyped bands in the burgeoning rap-metal scene, helped as well by more touring action — this time with Faith No More and later, Primus — as well as an appearance on MTV’s Spring Break ’98 fashion show. The biggest break, however, was a spot on that summer’s Family Values Tour, which greatly raised the group’s profile.

Significant OtherLimp Bizkit’s much-anticipated second album, Significant Other, was released in June 1999, and it and the accompanying video for “Nookie” made the group superstars. Significant Other debuted at number one and had sold over four million copies by year’s end, also helping push Three Dollar Bill Y’All past the platinum mark. Durst, meanwhile, was tapped for a position as a senior vice president at Interscope Records in early July. However, in the midst of this massive success, controversy dogged the band following that summer’s performance at Woodstock ’99. In the wake of the riots and sexual assaults that proved to be the festival’s unfortunate legacy, Durst was heavily criticized for egging on the already rowdy crowd and inciting them to “break stuff.” Not only was at least one mosh-pit rape reported during the group’s set (in addition to numerous other injuries), but the ensuing chaos forced festival organizers to pull the plug in the middle of their show. Even though Limp Bizkit’s performance took place the day before the infamous festival-closing riots, the band was raked over the coals in the media, who blamed them for touching off the spark that inflamed a potentially volatile atmosphere. Undaunted, Limp Bizkit headlined that year’s Family Values Tour, with the newly controversial Durst grabbing headlines for periodic clashes with Bizkit’s tourmates.

Chocolate Starfish and the Hot Dog Flavored Water During the Napster flap of 2000, Durst became one of the most outspoken advocates of online music trading; that summer, Limp Bizkit embarked on a free, Napster-sponsored tour. All of this set the stage for the October release of the band’s third album, Chocolate Starfish and the Hot Dog Flavored Water. Wes Borland left the band soon after, necessitating a long search for a replacement guitarist of comparable value; finally, after going almost three years without a new album, the band released a disappointing record, Results May Vary. Borland returned after its release, and the band issued The Unquestionable Truth, Pt. 1 in 2005, an album that was roundly ignored even if it was marginally better than its predecessor. The Bizkit then released Greatest Hitz, a 17-track career survey that included all the hits from their heyday. In 2009, the band went back into the studio to record with its original lineup. After a number a delays, the band eventually relesed their fifth studio album, Gold Cobra, in the summer of 2011.