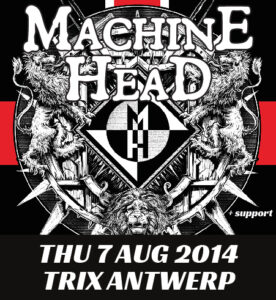 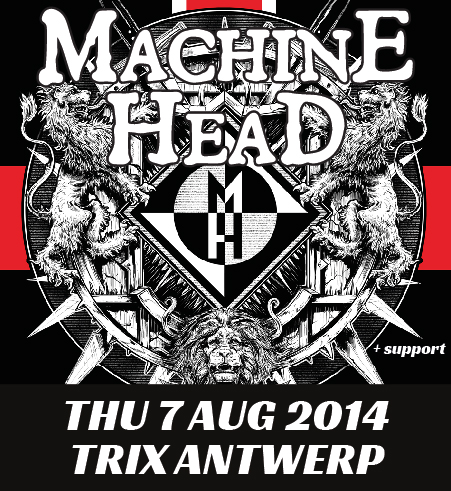 Last tickets now available. Be quick or be sorry!

Back in 1992 Rob Flynn, Phil Demmel, Adam Duce & Chris Kontos joined forced to form Machine Head. In that same year they released Burn My Eyes, their debut album. Unexpectedly the record sold over 500.000 copies. Unfortunately Kontos announced his departure from the band in 1997 and Machine Head continued with guitarist Dave McClain. The release of More Things Change followed.

Anno 2014 the band has recorded five more albums and another one is on the way. The band will also embark on a tour this year and will make a stop at TRIX on August 7 for a unique club show.