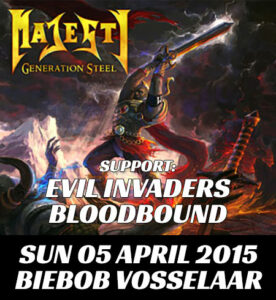 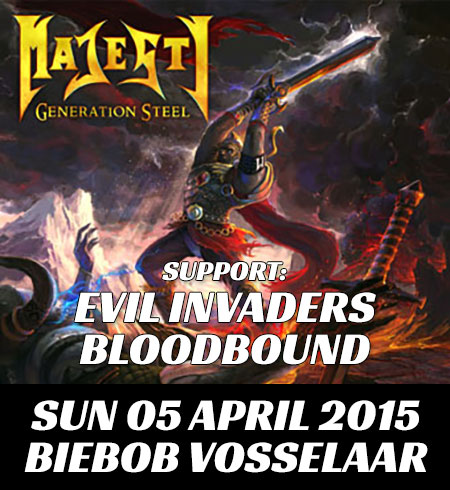 German Power Metal band Majesty was formed back in 1998 by Tarek “MS” Maghary. Before they released their debut album “Keep it True” in 2000 the band recorded a few demos in 1998 & 1999. The album received positive reviews from music critics, which lead to a guest slot on the 2001 Bang Your Head Festival and a contract with Massacre Records. Another four albums followed before the band decided to disband and launch the new group Metalforce in 2008.

Only three years later they made a comeback as Majesty and released the albums “Thunder Rider” and “Banners High”. Now they have just finished the recordings of their new studio album “Generation Steel”. To celebrate the release the band will go on a huge European headliner tour with a stop at Biebob Concerts together with Evil Invaders & Bloodbound on April 5!