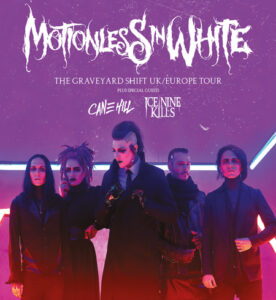 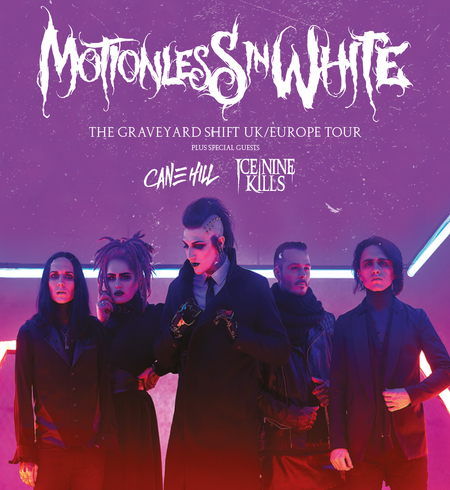 What do you get when you mix industrial, gothic and metalcore? The answer is Motionless In White! The band from Scranton Pennsylvania has a unique sound, which distinguishes them from other bands in the metalcore scene. Earlier this year Motionless In White played a ripping show at Graspop Metal Meeting and on 31 January the band is coming to Biebob for a club show during their European Graveyard Shift tour, to present their latest record “Graveyard Shift”, which is already their fourth album.

Support will come from Cane Hill and Ice Nine Kills.