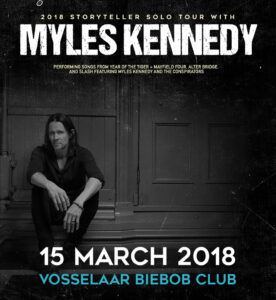 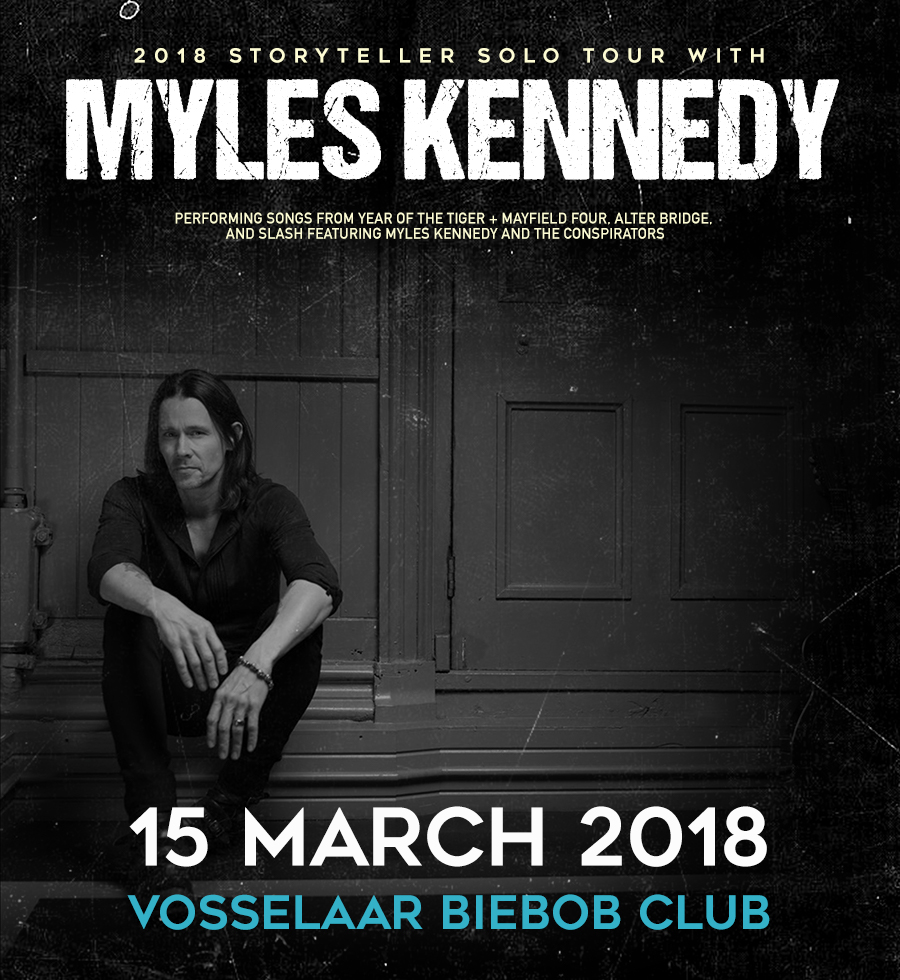 On March 15th, Alter Bridge frontman, Myles Kennedy is coming to Biebob with his 2018 Storyteller Solo tour. Get ready for an intimate show where Myles presents his first solo album “Year of The Tiger”, which comes out March 9th. But he will also be performing songs from Alter Bridge, Mayfield Four and Slash featuring Myless Kennedy and The Conspirators.