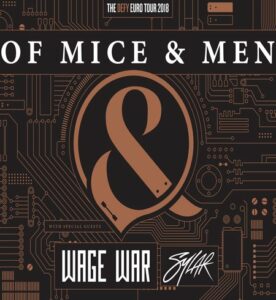 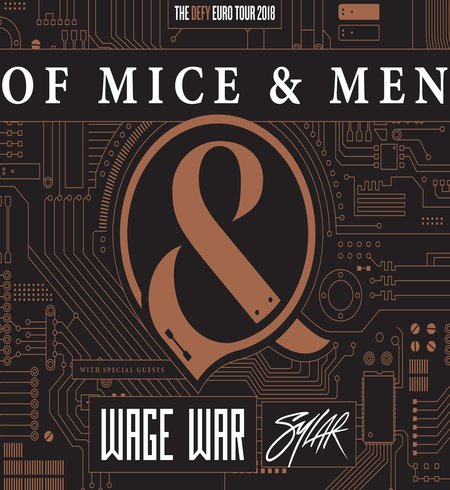 In 2016 Of Mice & Men unfortunatly had to cancel their performance at Trix due to sickness, but now the band is back with a brand new album “Defy”, which will be released on January 19th. After the departure of charismatic frontman, Austin Carlile, bass player Aaron Pauley took over vocal duties. The first singles of the new record did not disappoint and  everyone who has seen Of Mice & Men live knows that their live shows also never disappoint! So get ready for an epic evening filled with topnotch metalcore!

Wage War and Sylar are kicking of the evening!