Phil Campbell and the Bastard Sons 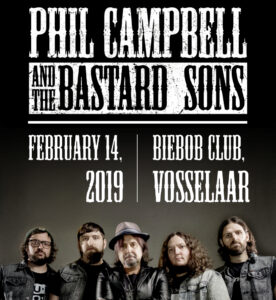 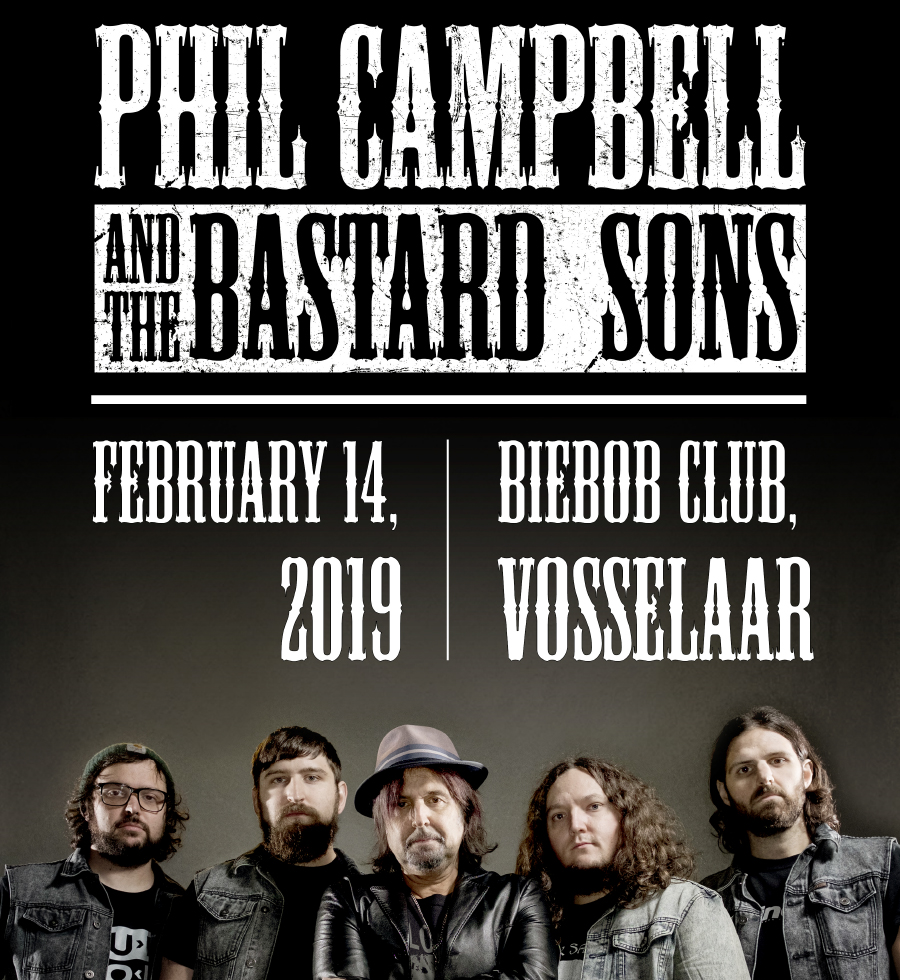 On Valentine’s Day legendary Motörhead guitarist Phil Campbell is coming to Biebob, Vosselaar with his Bastard Sons! Following the death of Lemmy, Phil recorded his first solo effort, a self titled EP and earlier this year the band released their first full album ” The Age of Absurdity”. The line-up for the record consists of Phil and his three sons, together with Neil Starr (ex-Attack! Attack!).

Phil Campbell and the Bastard Sons live shows are also a treat for Mötorhead fans, because the band makes sure to honor Lemmy’s legacy by putting some Mötorhead classics in their setlist! A MUST SEE!