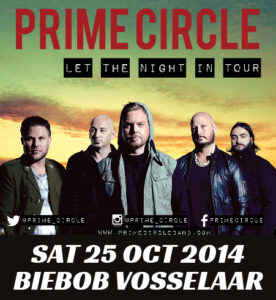 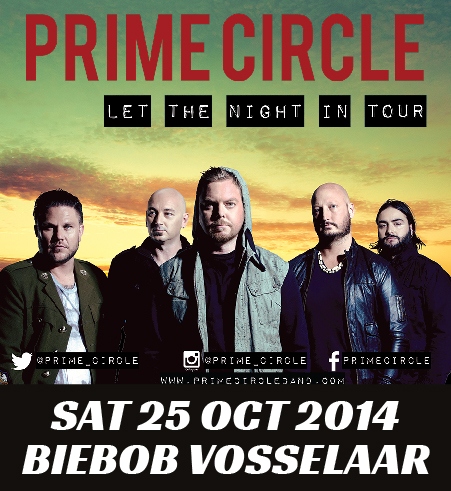 South African rock sensation Prime Circle was formed in 2001. Two years later they released their record-breaking debut album “Hello Crazy World” in 2003. Later a string of massive studio albums have followed and secured their place as the most successful rock act in South African history.

In June of this year the Prime Circle released their sixth album “Let The Night In” and performed at Graspop Metal Meeting. The band obviously can’t get enough of our little country and will return to Belgium for their Let The Night In tour. Come and see them at Biebob Concerts on October 25.